MOULDY SHOWER! Having a shower after a demanding day ought to be a pleasant experience. But if your one in many who stare down at leaking mouldy shower tiles in their bathroom every day. Getting that shower repair and looking new again is a lot easier than you might think! 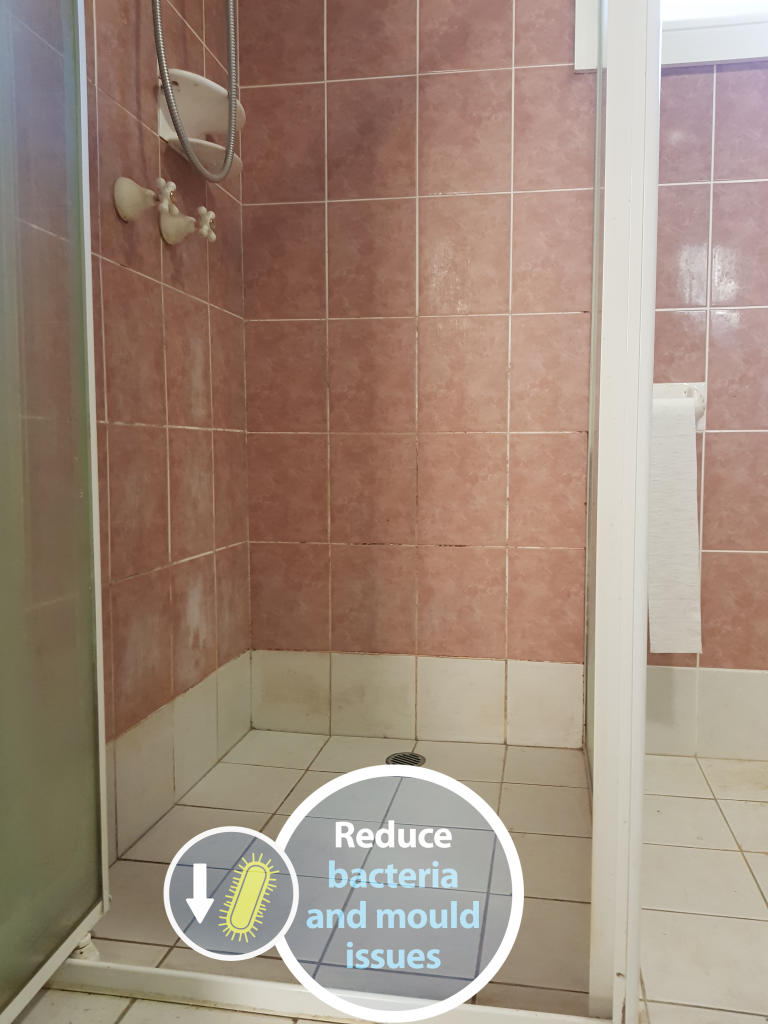 This is where EPOXY GROUT PRO can help! Say goodbye to shower mould.

Mouldy shower can be a thing of the past with Trent Moreland of Epoxy Grout Pro is a pioneer in the leaking showers sealing & repair industry drawing on his 26 years building experience and knowledge of building products has spent years researching & developing systems and procedures for shower repairs no tiles removed!

There are several ways or solutions EPOXY GROUT PRO might be able to solve your tired deteriorated or leaking shower problems without removing your existing tiles. A full shower reseal & rejuvenation epoxy regrouting service usually takes only 2-3 hours, and your shower can be used 24 hours following!

It’s that easy to get back to enjoying your showers again. Just one phone call! if your wish to chat with Trent about services, call 0405148449

Things you can do yourself to rid of bathroom mould.

Damp and poorly ventilated bathrooms are ideal for accumulating mould. But what is mould? and more importantly, how do you get rid of it?

Mould (also know as mildew) is a type of fungi which is common in households. It is spread via spores and once it finds favourable conditions it can form colonies. Mould loves to grow in dark and damp places – which makes bathrooms ideal. Small amounts of mould are usually harmless. However if mould builds up it can become a serious health concern and cause allergic reactions such as rashes, headaches, sinus problems, as well as serious breathing difficulties and asthma.

Fortunately, it’s easy to stop mould building up in your bathroom. Take a few simple measures and unsightly mould will be gone for good.