To repair a leaking shower waterproofing membrane once it is evident and prevent egress, the homeowner has two options.

They can remove all of the tiles within the shower in order to repair the leaking or failed waterproofing membrane. Then replace and relay new tiles. This can be very expensive, especially if the original tiles cannot be sourced or matched you will have different tiles inside the shower to the remaining tiles within the bathroom. if this does not apeal the you will be requiring all of the bathroom tiles to be replaced in a full reno.

The smart Alternative to shower leaks.

Alternately to address leaking shower waterproofing, the homeowner can engage professionals who re-grout and reseal the existing tiles to prevent ingress throughout the wet area. This option is generally significantly cheaper. Often less than $700.00 for an average. Quality suppliers will often also provide a Lifetime guarantee on both their product and workmanship.

How to tell if your shower leaks.

Membrane failure is usually visible as in the image below. more images of leaking showers on the Epoxy Grout Pro website and in our videos. A repair company will have a thermal camera and or moisture meter to detect a leaking shower and moisture resulting from. But lets be honest, when looking at the image below no hi-tech devices are required. We did a pressure test on the plumbing to eliminate any plumbinig issues. 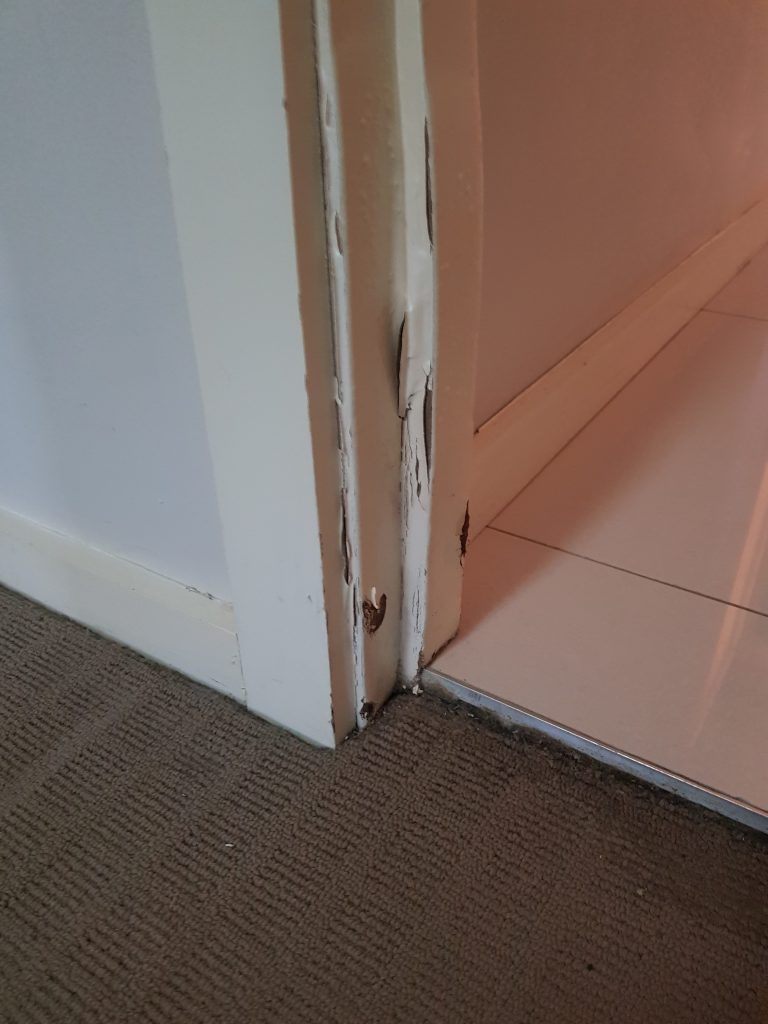 This home has a leaking shower membrane, which has caused the door jamb to swell as a result of moisture from the shower. 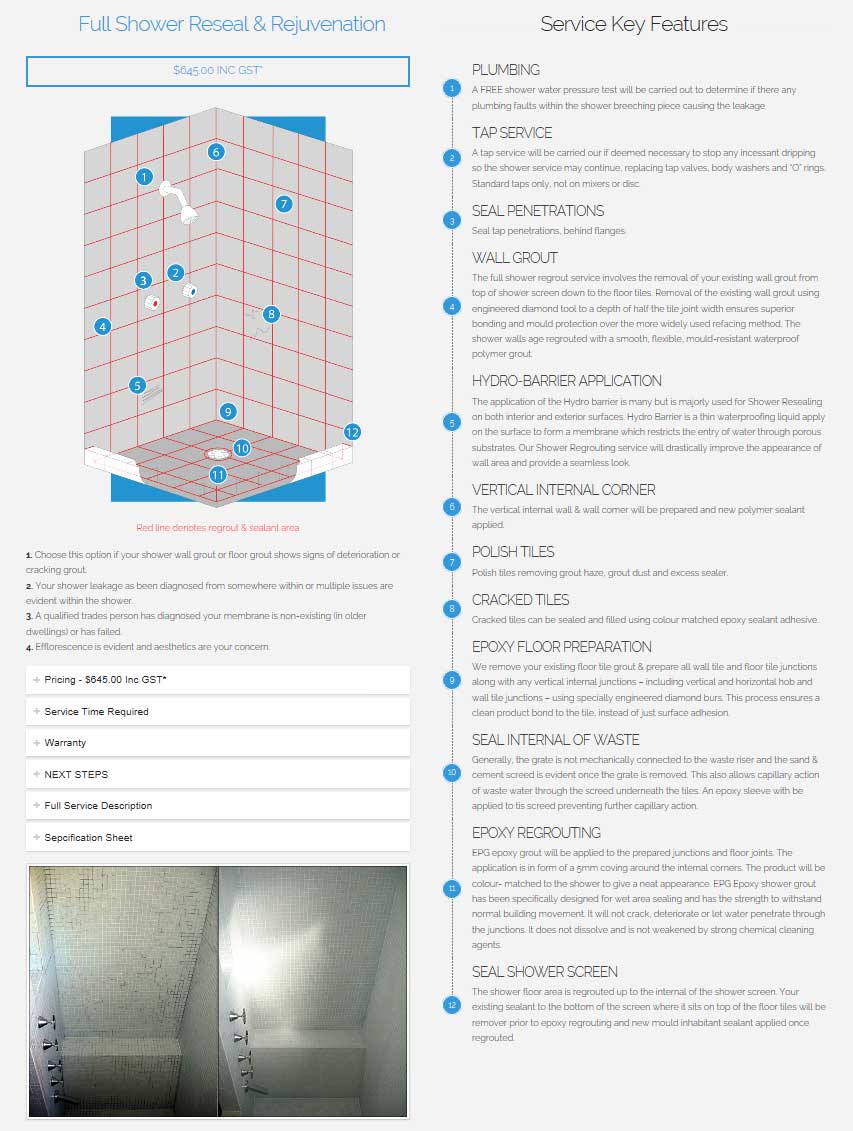